This is an ongoing blog based on becoming more boy-friendly in children’s ministry and faith formation. I am challenged by Dr. Sax’s research and ongoing family practice as laid out in his book Boys Adrift: The Five Factors Driving the Growing Epidemic of Unmotivated Boys and Underachieving Young Men. Before you think I’m picking on one gender, I just happened to read this book before Dr. Sax’s book Girls On The Edge: The Four Factors Driving the New Crisis For Girls. Future posts will come from that one.

Factor #3 – Dr. Sax gives story after story of how young men are prescribed drugs abundantly in America. His view: ‘the person most likely to suggest a diagnosis is a teacher’ (pg 112) and ‘boys are being put on medications to fit the boy to the school.’ (pg 125) Whatever your opinion on daily and regular medications, we have to admit that even over-the-counter medications are prevalent in every home today. As a kid I can only recall taking aspirin when I had a fever. I also can’t recall the last time a sickness was obliterated, yet there are entire industries who’s sole goal is to help us take away the symptoms that make us ‘less than what we think is our best.’ It seems like everybody’s on something and now we can get it online and dropped off in the mailbox. Even the essential oil phenomenon is a way in which families are trying to educate themselves on healthy alternatives to the crazy stuff in our food and to limit the intake of mass-produced processed medications. Which brings us to Factor #4 – Endocrine Disruptors.

There is an overwhelming amount of modern chemicals acting like human sex hormones, specifically female hormones, aka environmental estrogens. If it’s just the hormones in our beef, why are only girls going through puberty as young as 7 or 8 years old, but not boys? Puberty is out of sync. Pesticides permitted in the US from 1950s through 2010, “this product was on the market for roughly 50 years before scientists discovered its effect on puberty in boys, and another 7 years followed before the EPA took action to remove it form the market” (pg 135) and heated plastic byproducts (BPA, phthalates, pg 132). “Researchers have also found that early exposure to BPA reduces or eliminates the normal sex differences seen in the behavior of laboratory animals.” (p 137). Scary enough? 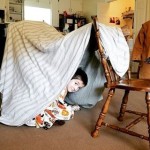 Another issue with endocrine disruptors? American parents are letting their kids decide what to eat. Anyone else remember being told to eat your spinach? And forget getting dessert EVERYDAY, much less at just about every meal. “Chemicals in the environment are changing the way fat cells work, so that they become fatter more easily and are more resistant to weight loss.” (pg 141) “Boys today drink less milk and more cola beverages than they did 30 years ago” (pg 144) which may explain the 350% increase in broken bones of children from January 2004-December 2009. (pg 144-145) “Here’s what’s scary: scientists are finding that exposure to environmental estrogens early in life, (plastic baby bottles, plastic bottle liners…isn’t plastic supposed to be safer than using glass with babies and toddlers?) particularly in utero and in early infancy, blunts or eliminates sex differences in behavior. Females become less feminine. Males become less masculine. For example, when young laboratory animals were exposed to these endocrine-disrupting chemicals, the males stopped acting like males.” (pg 145)

So what does this mean for the local church and the environments we offer to our kids?

I’m using paper cups and a lot of water. When it spills, it’s not the end of the world. Kids don’t get enough water anyways. When we travel or go on field trips, I invite the kids to bring their own water bottles. Moms and Dads are doing the best they can. I won’t be getting on some soapbox for nor against medication or oils or food or whatever. I won’t offer candy every time they are in the building. I will publicly support my parent’s roles in determining what is best for their own kids. I will pray for the decisions my parents must make every single day. I wish for my parents and the families who have invited me into their lives to believe and trust that I will always speak highly of them.

In Wild Things: The Art of Nurturing Boys these are some considerations as we seek to be boy-friendly in ministry….provide more than medicine (we don’t make that decision anyways, thankfully!) (pg 324-325)

“Therefore, as we have opportunity, let us do good to all people, especially to those who belong to the family of believers.” Galatians 6:10