“Fire bullets, then fire cannonballs. First, you fire bullets to figure out what’ll work. Then once you have empirical confidence based on the bullets, you concentrate your resources and fire a cannonball. After the cannonball hits, you keep 20 Mile Marching to make the most of your big success.” Jim Collins, Great By Choice.

I’ve been a fan of Jim Collins ever since he wrote “Good to Great” and I heard him speak at Catalyst in 2008. Although his material is considered “business”, I have found his research to be incredibly relative to church work. So much so, it’s one of the books I require when I mentor someone hired from the pew into professional ministry.

Collins’ book, “Great By Choice,” came out at last year’s Catalyst and I was intrigued by his comment, “Fire bullets before cannonballs.” So I put it to the test when the church I serve decided to offer mid-week ministry fall of 2011.

I am responsible for the children’s part, so we began to “fire bullets.” Bullet qualifications: low cost, low risk, low distraction.

Low cost: By talking to folks who are faithful to being at church every time the door opened (or better, yet…had keys) we discovered there are many hobbies and skills they were involved with. A fellow KidMin Director was doing this on a much grander scale at her larger church and offered multiple skills at the same time.  I thank her for her creative genius.  We made a list of hobbies/skills that could be taught to little people who would use it for someone else (ministry/mission).  We then recruited folks to take on one month from November through April to teach their skill. I would arrange the opportunity to use it in ministry/mission. We taught Sign Language, Cake Decorating, Liturgical Dance, Beginning Spanish, Kids & Money, and Watercolor Painting. The instructors we recruited were already in our church, most already had supplies, and we offered a beginning and ending date by serving for a month of Wednesdays.

Low risk:  We offered the classes at different times from month to month (5-6pm, 5:15-6:15pm, 6:30-7:30pm, 7-8pm) at the discretion of the instructor.  This gave us insight to when the greatest number of kids would regularly come.  It would also give us a chance to build up a group of “regulars.”  By offering a different class each month at a different time, we were able to keep the kid’s interest for the skill being taught.  Faithful attendance would be an indicator that the kids really liked what was being taught and the timing either worked for families or it didn’t.  It also allowed us to affirm our intention that skills and hobbies can be used to honor the Lord.  We consistently offered good teaching and good “product.”

Low Distraction:  By working around the schedule of the new Wednesday night dinners and youth group, which was already in place, all the focus wasn’t on the programming offered to the children.  The Wednesday night dinners gave us an inter-generational meeting place to come and go, before and after the meals, which made for great relationship building.

Taking a whole season to fire bullets worked.  By the time we began planning to “fire the cannonball”  fall of 2012, we had fired enough bullets since last fall to give us an idea of what would be successful, when it would be successful, and the expectation that all we learn and do should be used for the glory of God.  So we came up with a name, decorated the space, and began talking it up.   Then we fired the cannonball in September 2012. 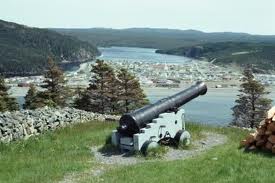 We are now focused on tweeking the programming to include more of what the kids enjoy, but we have fired enough bullets to know the best time, the best space, the most faithful, and new DNA of learning skills for ministry/mission has been woven into what we do.  We also recruited the music director to take on a 15 minute block of time and our kids are preparing to serve the Lord in various creative capacities in the contemporary worship service.

Are you firing bullets?  I’d love to hear about it.